The Past and Future of the Baseball Bat

While the bat hasn't changed dramatically since the late 19th century, there are a few short-lived oddities and attempts to improve on the design, like the "mushroom" bat from Spalding and the Lajoie (above), designed by Ty Cobb rival Napoleon Lajoie and said to offer a better grip and improve bat control. And then there's this incredibly strange design, patented in 1906 by Emile Kinst: 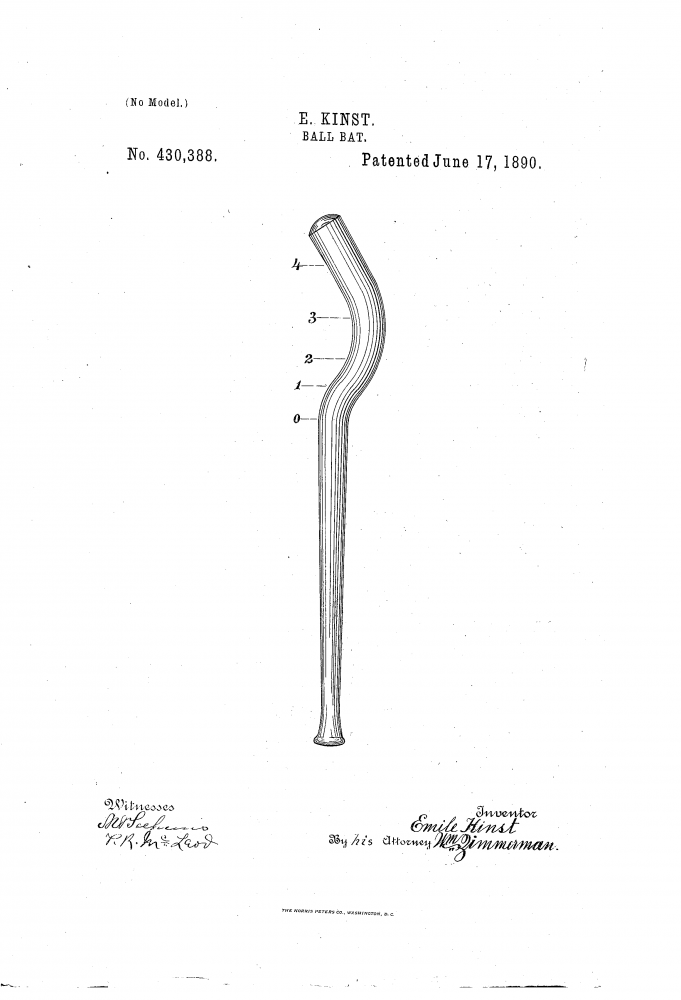 Patent No. 430,388 (June 17, 1890) awarded to Emile Kinst for an "improved ball-bat." In his patent, Kinst wrote: "The object of my invention is to provide a ball-bat which shall produce a rotary or spinning motion of the ball in its flight to a higher degree than is possible with any present known form of ball-bat, and thus to make it more difficult to catch the ball, or if caught, to hold it, and thus further to modify the conditions of the game..."

And yes, some of these "banana bats" were actually made:

This kind may even have been used by minor league players, but by the dawn of the 20th century, restrictions on the bat were firmly in place.