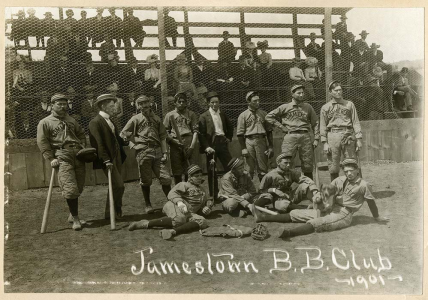 Before formal MLB regulations were introduced, baseball bat styles were almost as diverse as the players’ personalities and hitting styles. It seemed every player became an experimenter in an attempt to create the perfect bat, the bat that might make them legends.

Whether players wanted power-hitting sluggers or high-accuracy hitters, the goal of any bat type was to, as Wee Willie Keeler would have said, “hit ‘em where they ain’t”.

Apart from the obsessive baseball enthusiast or historian, 21st century fans and casual observers would probably not recognize the bats of old. Old school baseball players experimented with all sorts of shapes, sizes, and materials so they could prefect their swing. Before ash became the preferred material, for instance, bats were made from seemingly any tree they could chop down, including maple, willow, pine, elm, oak, hickory, spruce, cherry, chestnut, and sycamore.

When baseball was first invented, there were no bat manufacturers, so players usually made their own. Sometimes they’d recycle what was on hand, such as axe handles and wagon tongues, whittling these objects down using hand tools to achieve the desired shape and size.

It wasn’t until 1884 that players began turning to professionals for finely-crafted baseball bats. The story goes that a woodworker’s son was inspired to create a custom-lathed bat for Pete “Gladiator” Browning when he witnessed the player’s bat shatter at a game. The bat-manufacturing industry has been booming ever since as professionally hand-crafted bats are much like the expertly-crafted furniture of antiquity, they seem to outlast the centuries.

Players, including legends like Babe Ruth, believed weight was power. Bats as heavy as 45, sometimes 50, ounces were not uncommon, a far cry from the average 32-ounce bat professional hitters use today. Highly illegal by today’s standards, players in the ‘20s and ‘30s would hammer nails and needles into the barrel of the bat to increase its mass- oh, you know, just in case of riots.

This legendary third baseman’s bat had a thick barrel that abruptly tapered to a thin handle. The larger barrel provided a bigger striking surface, while the narrow handle allowed Groh’s smaller hands to get a better grip.

Nap was known for his high-hit count and often used a double-knobbed hitter to perfect his split-hands swing. The higher knob is called the shoulder, which is used for the bottom hand if choking up. His contemporary rival, Ty Cobbs, who held the record for most career hits (over 4,000) until 1985, also liked to use this technique as he felt he had more control of his swing to maximize the number of hits.

Probably having the strangest shape of them all, Kinst’s “banana” bat, is a cross between a jai lai cesta and a baseball slugger with a grooved surface. The idea behind the design was to provide maximum ball spin and powerful line drives.

Formal MLB regulations and the standardization of the bat

Gone are the days of strange bats. Modern MLB regulations mandate that bats must be smooth, round, and no longer than 42 inches with a maximum diameter of 2.61 inches at the thickest part.

That’s probably why you won’t see MIT professor Jim DiTullio’s dimpled bat in the major leagues. Basically, the rough cylinder is supposed to cut drag, or resistance, so players can maximize their batted-ball speeds (BBS). In fact, DiTullio’s experiments revealed that his dimpled bat increased swing speeds by about 3 to 5 percent, a not-so-insignificant improvement if you want to break records.

Though MLB regulations are pretty specific, Don Mattingly, the Yankee’s first baseman in the 1980s and ‘90s, found a way around that. He used a V-handled bat, which had a triangular-shaped handle, because he felt his swing speed was better when he held the bat in his fingers as opposed to his palms.

Today, most players use a bat with a maximum weight of about 30-32 ounces and length between 32 and 34 inches. Spectators just won’t see the oddly-shaped elephant clubs once used by old-school players.

X Bats is home to the finest, hand-crafted professional wood baseball and softball bats. We’ve built on over a century’s worth of experimentation to provide all levels of players, amateurs to major leaguers, with the highest-quality hitters for optimal swings. If you have any questions regarding our custom or stock options, please feel free to contact us anytime!